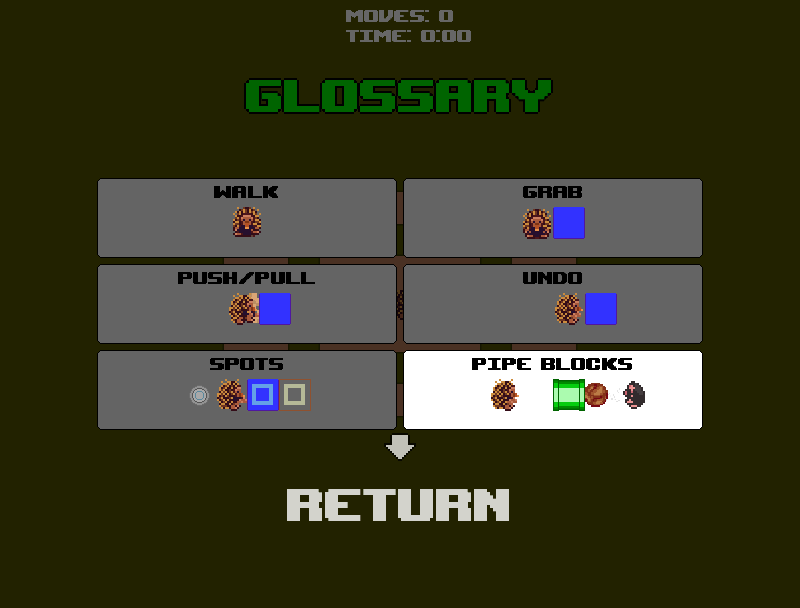 Hello burrowers! Pre-alpha v0.5 is now available, containing a myriad of changes and improvements. Feast your eyes on this changelog:

NOTE: With all the new features, major changes have been made to the save data format. v0.4 save data brought over to v0.5 will preserve move and time records for each level, but the levels themselves will not be complete. It's recommended to start from a fresh save by deleting your existing save file.

With this release, Maze Burrow is officially in alpha! If you haven't already, check out the plans going forward on the previous devlog. v.05 will unfortunately be the last version available for macOS for some time; however, the v0.5 download link will remain up for future versions.

I worked very hard on this update, and I hope you enjoy it! I encourage you to share your thoughts in the discussion boards or via my Twitter. As always, thanks for playing, and keep burrowing!